Yarn stash-busting is required.  The red yarns in particular have outgrown their drawers and baskets.  I got them together.  Well possibly not all of them; there is always the likelihood of finding a colony that has established itself elsewhere in the house. However, for my purpose there were enough in front of me. 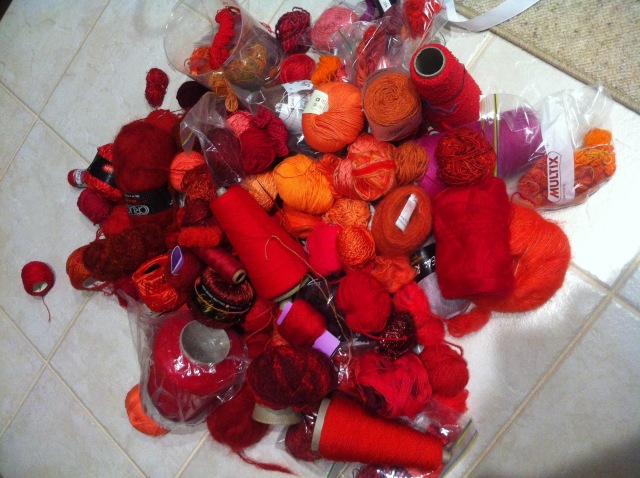 The yarns varied in weight; from 8 ply (sports or DK) to everything below that, including embroidery weight threads. Wool, angora, silk, cotton, silk ribbon,  mohair and mixtures of all these were in there as well.

As a break from freeform knitting and crochet I decided to go simple; to do something I could watch TV or DVDs doing.  Conventional knitting was the answer. However, I also wanted to make stitches I had not made before, as a way of increasing the interest of the piece.  So a kind of sampler scarf came to mind. Throw in the constraint of using only one pair of needles and that added a challenge because, of course, combinations of yarn would be needed to ensure that the tension/gauge remained the same so the width of the scarf didn’t go in and out like a snake after swallowing a wallaby.

Long story short, I then spent several evenings choosing yarns and stitches and building the scarf.  I wanted to master some simple patterns that I could deploy elsewhere,  I used two of my favourite knitting resources, besides my own brain:

A small section of the project: 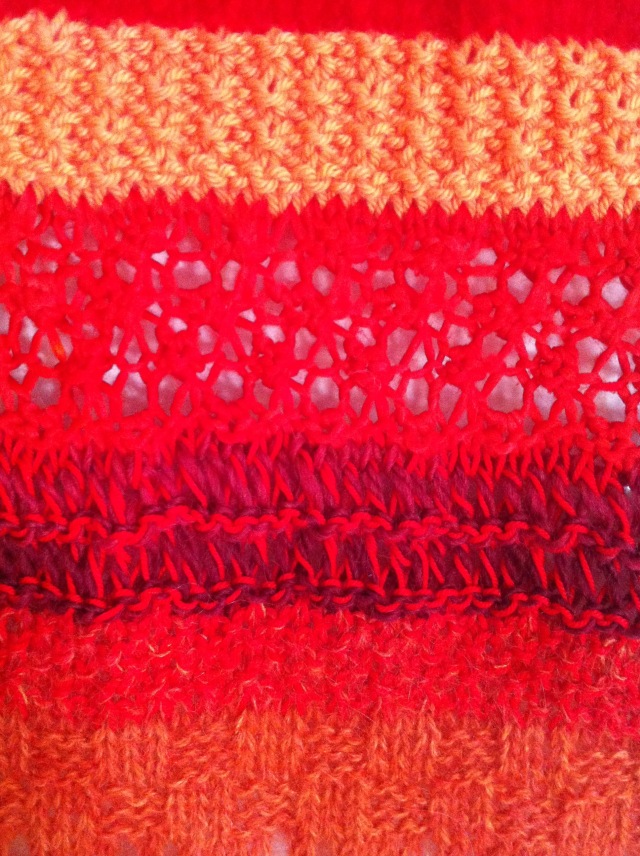 One of my most valuable discoveries was of a way of making a double-walled stitch that resulted in a tube.  I had been wanting to give some weight to the ends of the scarf so it sat without drifting in the breeze and with movement.  On the other hand the weight needed to be moderated- too heavy and the scarf would look “dragged down”.

On one end I made such a tube and threaded it with a braid of Romanian lace done in 3D to which I attached two Dorset buttons on each side.  This added weight without “drag”.. 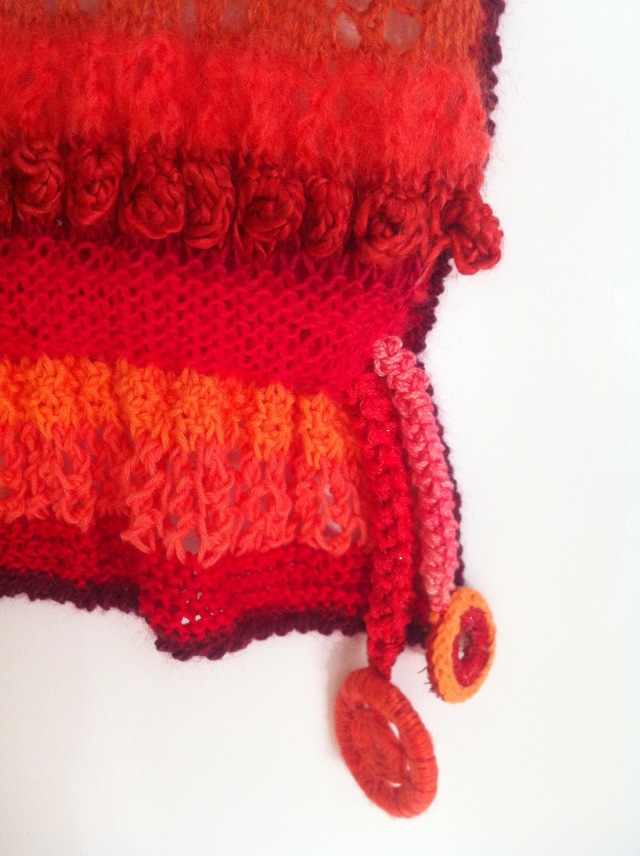 End of scarf featuring double walled channel threaded with two 3d Romanian lace braids and two Dorset buttons.  The other side of the scarf was finished in a similar way, albeit with different-looking Dorset buttons.

At the other end of the scarf I threaded two 3D Romanian braids through a ribbed eyelet section and attached Dorset buttons to each of the four ends. 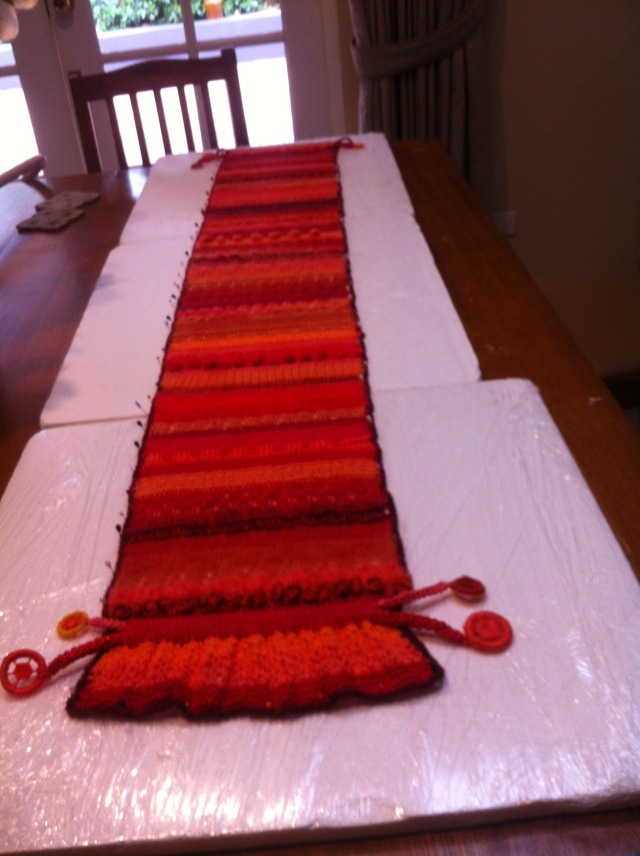 The finished scarf being blocked.

The scarf as worn….

This entry was posted in Clothing, Design, Knitting, Scarf. Bookmark the permalink.